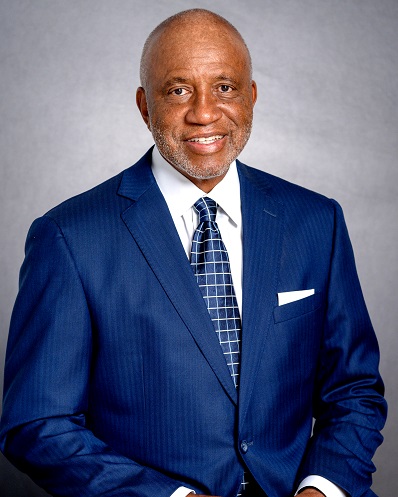 When Fred Jones Jr. originally conceived the idea of two well-matched southern football teams squaring off in an annual grudge match, he knew it would be entertaining and would draw crowds of tens of thousands from across the region. But the success of the Southern Heritage Classic® Cultural Celebration has exceeded his original vision beyond his dreams.

Emboldened by the cause to help support worthy educational institutions and encouraged by growing attendance, Fred Jones Jr. added many activities to the football game since its launch in 1990. The Southern Heritage Classic® Cultural Celebration attracts fans from across the country, many of whom schedule family vacations and reunions around the annual rivalry football game featuring Tennessee State Univeristy and Jackson State University. It makes sense, because the Southern Heritage Classic® Cultural Celebration has developed into a weekend jam-packed with a parade, a fashion show, concerts, a golf tournament, tailgate parties, a coaches luncheon, a battle of the bands, and more. There is something to meet the varied interests of fans of all ages.

Fred Jones Jr. never doubted that the Memphis community would support the event. Growing up in the Cleaborne Homes housing community in the Memphis area, Jones worked during the day and went to school at night to earn his BBA degree from Memphis State University in 1971. He recognized that the support of his family and friends was vital to that achievement, and he wanted others to have that same support and opportunity. Having discovered a knack for putting together entertainers with large audiences in the most attractive venues, he blended that talent with his love for education and for helping the community to which he himself was grateful. From that combination, and a wealth of experience, the Southern Heritage Classic® Cultural Celebration was born.

Fred Jones Jr.’s experience includes associations with a roster of well-known, first-class talent including Isaac Hayes, The Isley Brothers, Prince, Bill Cosby, The Commodores, Stevie Wonder, Parliament-Funkadelic, Luther Vandross, LL Cool J, Count Basie, Tyler Perry, Jill Scott, Erykah Badu, Maze featuring Frankie Beverly, The O’Jays, Usher, and hundreds more. He also assembled national blues and jazz tours for several international companies. He was an original owner/limited partner of the Memphis NBA team, the Memphis Grizzlies. But Fred Jones Jr. considers his most fulfilling business endeavor to be the Southern Heritage Classic. “I’ve had a lot of fun throughout my career and I’ve had the pleasure to work with hundreds of fascinating, talented people. But there is no thrill for me bigger than getting to hand Jackson State University and Tennessee State University the checks they earn every year after the event and knowing that money will be used by schools that really need and deserve the support.”

For Fred Jones Jr., it doesn’t matter how big it grows to be, it will always have the nostalgic flavor of a hometown tradition: “The Southern Heritage Classic® Cultural Celebration has become the premier sports and entertainment event in Memphis. While it has taken on the size of a huge city event, it has retained the small-town warmth and feel that is so characteristic of events in the Memphis area. The Classic really belongs to the community.”

That attitude is one reason Fred Jones Jr. has earned recognition from a host of prestigious organizations. His most recent honors include:

Major corporations in the area enthusiastically support the Southern Heritage Classic. FedEx is the presenting sponsor. Other major sponsors include AutoZone, Nike, MillerCoors, Carrier Corporation and Tennessee Highway Safety Office. The list of sponsors continue to grow every year.